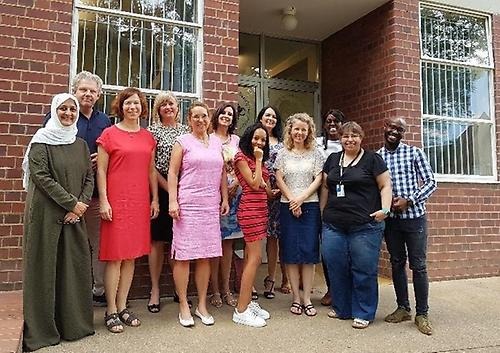 The collaboration between Jönköping University and University of Pretoria goes on

Members of the CHILD research group, Karina Huus, Anna Karin Andersson and Patrik Arvidsson have been at the University of Pretoria to meet with Professor Shakila Dada and her team at the Centre for Augmentative and Alternative Communication. The purpose of the meeting was to sum up the STINT project where the researchers have used the newly developed instrument Picture My Participation (PmP). In the project data was collected from children with intellectual disabilities and their primary caregivers in Sweden and South Africa. Both children and their primary caregivers have been interviewed using the PmP instrument, comparison between children with and without intellectual disability, between children and their primary caregivers, and between countries. Also, the psychometric properties, content and structural validity and test-retest reliability, of the instrument have been determined.

For more information on the project Picture my Participation